With the release of iOS 13 and iPadOS in September, the PDFpen team at Smile has been hard at work adding exciting new features to make PDF editing on the iPad and iPhone easier and pleasant. Now, we are delighted to release PDFpen for iPad & iPhone v5.1 featuring multiple windows for multitasking on iPad.

Multiple Windows for Multitasking on iPad
Multiple windows on iPadOS allow you to open, read and reference two different documents simultaneously, or even view the same document side by side—all on the same screen. Need to access another app such as Mail while editing? This is now possible with PDFpen for iPad & iPhone. 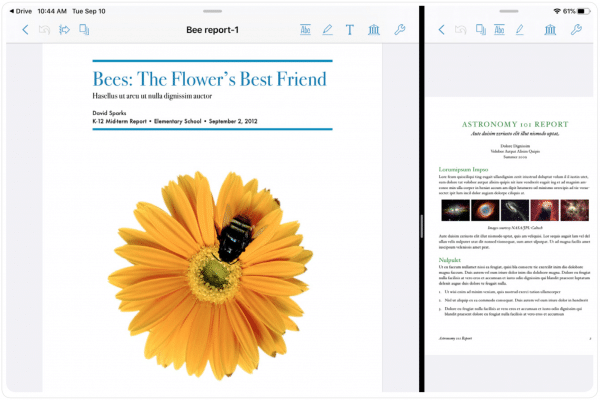 Enabling multitasking is easy. To turn Multitasking features on or off, go to Settings > General > Multitasking & Dock. To open the second document in PDFpen, drag PDFpen out of the Dock to make a Slide Over, or drag it to the right or left edge of the screen to make a Split View. To learn more about the various things you can do with multitasking on your iPad running iPadOS, see Apple Support.

To celebrate the release of version 5, PDFpen for iPad & iPhone is on sale for US $4.99 on the App Store for a limited time. Get it now!

PDFpen for iPad & iPhone syncs documents with PDFpen and PDFpenPro for Mac via iCloud, Google Drive, Microsoft OneNote, and other Files-compatible apps for seamless PDF editing.

Thank you for your support of PDFpen. As always, if you have any questions, comments, feedback, or suggestions, we want to hear from you.

Next: From the TextExpander.com Blog… 42 Motivational Quotes for Sales Teams – Stop the Slump and Start Selling